Can’t-Wait Wednesday is a weekly meme hosted by Wishful Endings. The aim of the post is to select a book, usually upcoming, that you can’t wait to read and discuss it.

The Rise of Kyoshi by F.C. Yee 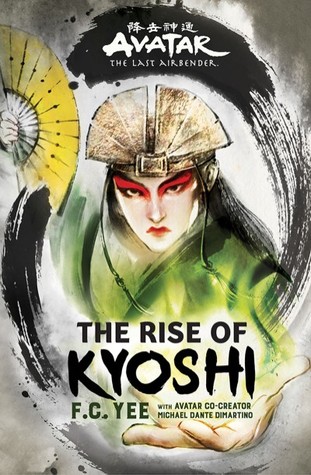 Synopsis:
F. C. Yee’s The Rise of Kyoshi delves into the story of Kyoshi, the Earth Kingdom–born Avatar. The longest-living Avatar in this beloved world’s history, Kyoshi established the brave and respected Kyoshi Warriors, but also founded the secretive Dai Li, which led to the corruption, decline, and fall of her own nation. The first of two novels based on Kyoshi, The Rise of Kyoshi maps her journey from a girl of humble origins to the merciless pursuer of justice who is still feared and admired centuries after she became the Avatar.

Recently, it was announced there is an upcoming duology based on the Avatar: The Last Airbender series. I never watched the series when it first aired, but have grown an interest later one and have watched The Legend of Korra series as well. The series will always be one of the best animated shows that have ever been created. The series has also launched my interest in stories with similar bending abilities. When this was announced, I was happy to hear it since Avatar Kyoshi was always one of the more interesting Avatars that ever existed. Also, since the show’s Co-Creator, Michael Dante DiMartino, is working with Yee on the novels, I know this will be a fun read.

7 thoughts on “Can’t Wait Wednesday – The Rise of Kyoshi”