I know it is about half way through the month, but I figured I should post about which books I pre-ordered for this month and say a few things on what I hope for it. Lately, there has been quite a lot of books being released. However, I only pre-ordered just two books.

On the Come Up by Angie Thomas

Sixteen-year-old Bri wants to be one of the greatest rappers of all time. Or at least make it out of her neighborhood one day. As the daughter of an underground rap legend who died before he hit big, Bri’s got big shoes to fill. But now that her mom has unexpectedly lost her job, food banks and shutoff notices are as much a part of Bri’s life as beats and rhymes. With bills piling up and homelessness staring her family down, Bri no longer just wants to make it—she has to make it.

On the Come Up is Angie Thomas’s homage to hip-hop, the art that sparked her passion for storytelling and continues to inspire her to this day. It is the story of fighting for your dreams, even as the odds are stacked against you; of the struggle to become who you are and not who everyone expects you to be; and of the desperate realities of poor and working-class black families.

I really loved reading The Hate U Give and I really hope On the Come Up is just as good or even better. I do like the idea of hip-hop being in the story and I really never read any kind of story involving music either. This is really going to be something different and I am really excited to get into. I expect this going to be another 5 Star read, possibly another instant favorite as well. 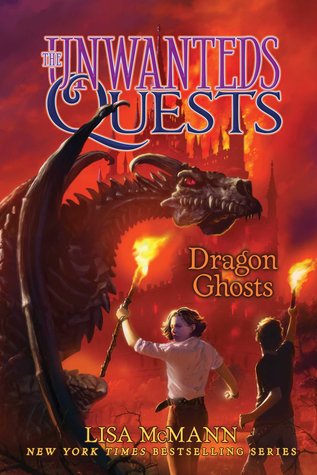 Devastated by loss and hampered by war, Fifer struggles to regroup and continue the search for her twin. Meanwhile Thisbe, pounded by images of Grimere’s dark history, contemplates her abandonment and considers leaving Rohan behind in a risky move that could take her home…or to her death.

In one of my favorite (sequel) series, the misadventures continues. The Unwanteds series is the only series that is still continuing to this day from when I first started reading. When I first started reading, the entire original series was only on the first book! Even though it has been years, there is still something that has me continue the books as it goes. The series have never let me down, so I’m really hoping that continues. I’m sure it is going to be another quick read for me! All I do know FOR SURE is that the misadventures is probably going to get crazy at some point again.

What books did you pre-order for February? Have you read them yet? If not, how do you think they’ll turn out?

One thought on “February Pre-Orders!”