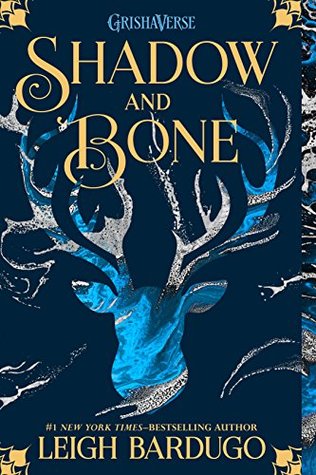 Synopsis:
Surrounded by enemies, the once-great nation of Ravka has been torn in two by the Shadow Fold, a swath of near impenetrable darkness crawling with monsters who feast on human flesh. Now its fate may rest on the shoulders of one lonely refugee.

Alina Starkov has never been good at anything. But when her regiment is attacked on the Fold and her best friend is brutally injured, Alina reveals a dormant power that saves his life—a power that could be the key to setting her war-ravaged country free. Wrenched from everything she knows, Alina is whisked away to the royal court to be trained as a member of the Grisha, the magical elite led by the mysterious Darkling.

Yet nothing in this lavish world is what it seems. With darkness looming and an entire kingdom depending on her untamed power, Alina will have to confront the secrets of the Grisha . . . and the secrets of her heart.

It was about 2 years ago where I decided to read Six of Crows first, because I was not interested in this series originally. When I finished reading Six of Crows, I decided that I did not like the series and swore off all the other books in the universe as well. Now, I’m here actually reviewing the book I swore off. *shocker*

I have then decided that I shouldn’t have decided to swear it off after I looked into the series more and became somewhat interested in the series once I learned the story dealt with a bit more magic and powers than I expected. I couldn’t remember what I thought of it at first, but when I became interested, it felt like I saw a different book.

I can definitely say I was wrong to avoid the series and that I should have read it years ago. It was actually a lot better than I originally thought it would be. Would I enjoy it more if I actually read this years ago? Definitely. About halfway through, I kept asking if there was going to be more stuff. I just wanted a little bit more action. If I read this years ago, what I read would have been enough.

I definitely saw how people really enjoyed the series, and as I mentioned before, I probably would have enjoyed it more if I read it years ago. Today, I wanted it bit more and I am actually wanting to continue the series. I do hope the series will get better as I continue. I really want this to be enjoyable by the end.